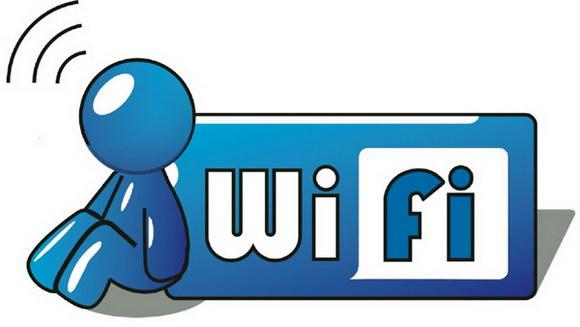 Wireless Networks – If you’ve been in an airport, coffee house, library or hotel recently, chances are you’ve been right in the middle of a wireless network.

Many people also use wireless networking, also commonly known as WiFi networking, to connect their computers at home or place of business.  In the near future, wireless networking may become so widespread that you will be able to access the Internet just about anywhere at any time, without wires.

As you can see, wireless networks have a lot of advantages.  Wireless networks are easy to set up and inexpensive.  They’re also unobtrusive, so unless you’re on the lookout for a place to use your laptop, tablet computer, or smart phone, you may not even notice when you’re in a hot-spot.

In this article, we’ll look at the technology needed that allows your information to travel over the airwaves.  We will also take a brief look at what is needed to create a secure wireless network in your home or business office.

Before we begin, let’s take a look at a few Wi-Fi basics.

A computer’s wireless adapter translates data into a radio signal and transmits it using an antenna.  A wireless router receives the signal and decodes it.  The router sends the information to the Internet using a physical, wired Ethernet connection.

The process also works in reverse, with the router receiving information from the Internet, translating it into a radio signal and sending it to the computer’s wireless adapter.

The radios used for WiFi communication are much like radio transmitters used for hand held radios, cell phones and other devices.  They can transmit and receive radio waves, and they can convert 1s and 0s into radio waves and convert the radio waves back into 1s and 0s.  However WiFi radios do have a few notable differences from other radio transceivers.

A wireless router allows you to use wireless signals to your computers to one another, to a printer and to the Internet.  Most routers provide coverage for about 100 feet in all directions, although walls and doors can block the signal.  If your home is very large, you can buy inexpensive range extenders or repeaters to increase your router’s range.

As with wireless adapters, many routers can use more than one wireless network standard. 802.11 b routers are slightly less expensive, but because the standard is older, they’re slower than 802.1 1g and 802.11 n or the newest 802.11 ac routers.  Most people select the 802.11 ac option for its speed and reliability.

Once you plug in your router, it should start working with the default settings.  Most routers let you use a Web interface to change your settings.  You can select:

Security is an important part of a home wireless network, as well as public WiFi hot-spots.  If you set your router to create an open hot spot, anyone who has a wireless card will be able to use your signal.  Most people would rather keep strangers out of their network, though.  Doing so requires you to take a few security precautions.

It’s also important to make sure your security precautions are current.  The Wired Equivalency Privacy (WEP) security measure was once the standard for WAN security.

The idea behind WEP was to create a wireless security platform that would make any wireless network as secure as a traditional wired network.  However it was not long before hackers discovered vulnerabilities in the WEP security approach, and today it’s easy to find applications and programs that can hack a wireless network running WEP security.

To keep your wireless network secure, use one of the following security methods:

Wi-Fi Protected Access (WPA) is a step up from WEP and is now part of the 802.11i wireless network security protocol. It uses temporal key integrity protocol (TKIP) encryption.  As with WEP, WPA security involves signing on with a password.  Most public hotspots are either open or use WPA or 128-bit WEP technology, though some still use the vulnerable WEP approach.  There are also several newer, and more secure choices emerging which newer routers utilize.

Media Access Control (MAC) address filtering is a little different from WEP or WPA. It doesn’t use a password to authenticate users — it uses a computer’s physical hardware.  Each computer has its own unique MAC address.  MAC address filtering allows only machines with specific MAC addresses to access the network.  You must specify which addresses are allowed when you set up your router.

This method is very secure, but if you buy a new computer or if visitors to your home want to use your network, you’ll need to add the new machines’ MAC addresses to the list of approved addresses.  The system isn’t foolproof.  A clever hacker can spoof a MAC address — that is, copy a known MAC address to fool the network that the computer he or she is using belongs on the network.

Disclaimer:  Please note that we are not responsible for data loss due to and including, but not limited to viruses, malware, spyware, hardware failure, data corruption, etc.