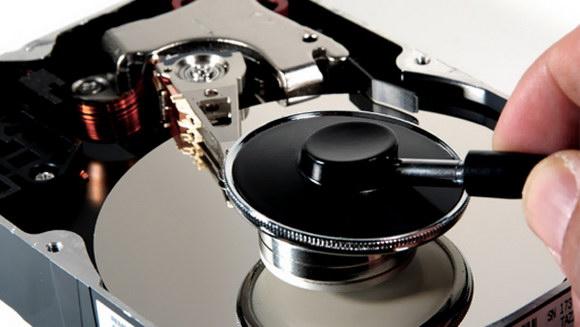 To prevent further damage to your data, turn off your computer or hard drive NOW, and if possible make note of what happened when the failure occurred.

Your data is not necessarily lost.  More often than not inaccessible data can be retrieved, and we will be more than happy to attempt to recover your data for you.

Don’t Try This At Home!

The worst thing you can do is try to do the data recovery yourself.  There are many programs that say they can retrieve the data whether the hard disk is formatted, or corrupted.  These are not tools that should be used by inexperienced users, and are intended to be implemented by trained professionals only.

Here at Toledo Computer Repair we have developed a multilevel approach for our hard drive data recovery process. This process is a logical data approach.  This generally deals with accidental deletion of files, reformatted drives, damaged or corrupt file tables, missing partitions, the infamous “blue screen of death“, continual rebooting, an inaccessible hard drive resulting in the operating system requesting that you reformat now, etc.

Our specialty in both desktop and laptop hard drive data recovery is not limited to, but includes the following hard drive brands:

Data recovery is the process of salvaging data from damaged, failed, corrupted, or inaccessible secondary storage media when it cannot be accessed normally.  Often the data are being salvaged from storage media such as internal or external hard disk drives, solid-state drives (SSD), USB flash drive, storage tapes, CDs, DVDs, RAID, and other electronics.  Recovery may be required due to physical damage to the storage device or logical damage to the file system that prevents it from being mounted by the host operating system.

The most common data recovery scenario involves files have been that have been deleted from a hard drive.  Typically, the contents of deleted files are not removed immediately from the drive; instead, references to them in the directory structure are removed, and the space they occupy is made available for later overwriting.  In the meantime, the original file contents remain, often in a number of disconnected fragments, and may be recoverable.

Another common data recovery scenario involves an operating system failure in which case the goal is simply to copy all wanted files to another disk.  This can be easily accomplished with a Live CD, most of which provide a means to mount the system drive and backup disks or removable media, and to move the files from the system disk to the backup media with a file manager or optical disc authoring software.  Such cases can often be mitigated by disk partitioning and consistently storing valuable data files (or copies of them) on a different partition from the replaceable OS system files.

Still Another scenario involves a disk-level failure, such as a compromised file system or disk partition, or a hard disk failure.  In any of these cases, the data cannot be easily read.  Depending on the situation, solutions involve repairing the file system, partition table or master boot record, or hard disk recovery techniques ranging from software-based recovery of corrupted data to hardware replacement on a physically damaged disk.  If hard disk recovery is necessary, the disk itself has typically failed permanently, and the focus is rather on a one-time recovery, salvaging whatever data can be read.

Hopefully you have a data backup , but if not and you need Toledo Computer Repair to do a data recovery for you…then please don’t hesitate to contact us.

Data recovery is a process that needs to be done ASAP!

Disclaimer:  Please note that we are not responsible for data loss due to and including, but not limited to viruses, malware, spyware, hardware failure, data corruption, etc.