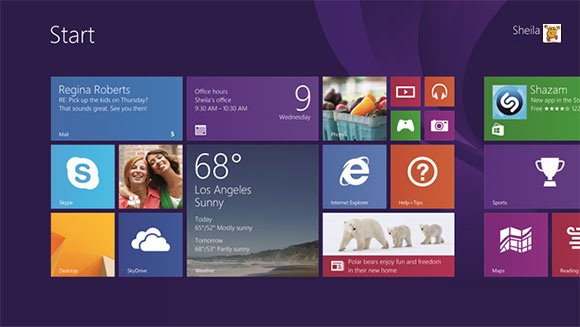 Windows 8.1 is a major, and much needed upgrade for Windows 8. First unveiled and released as a public beta in June 2013, it was released to manufacturing on August 27, 2013, and reached general availability on October 17, 2013. Windows 8.1 is available free of charge for retail copies of Windows 8 and Windows RT users via the Windows Store.

Windows 8.1 has received a mixed reception, although more positive than Windows 8, with critics praising the expanded functionality available to apps in comparison to 8, its OneDrive integration, along with its user interface tweaks and the addition of expanded tutorials for operating the Windows 8 interface.

Windows 8.1 has been criticized for not addressing all digressions of Windows 8 (such as a poor level of integration between Metro-style apps and the desktop interface), and the potential privacy implications of the expanded use of online services.

Although many new laptops come with touchscreens, it’s still hard to understand why Microsoft decided to force everyone to use a new interface. Of course, plenty of new laptops, and virtually all new PCs have no touchscreen at all.

For these, the Modern UI makes almost no sense. Trying to control it with a mouse,  and keyboard is hard work, and that’s being kind. Plus, the minimalist approach, which sees toolbars and other controls hidden off-screen by default, is confusing even for hardened Windows users.

Most of the changes in Windows 8.1 concern the Modern UI. It’s much more customizable with new tile sizes, more background colours and the option to use your desktop wallpaper as the background to make the transition between interfaces less jarring.

If you just can’t abide the Windows 8.1 interface, or for that matter the Windows 8.0 interface, then just install the time tested “Classic Shell” software. With just a few clicks you can restore your desktop to look and feel like Windows 7, or even Windows Classic!