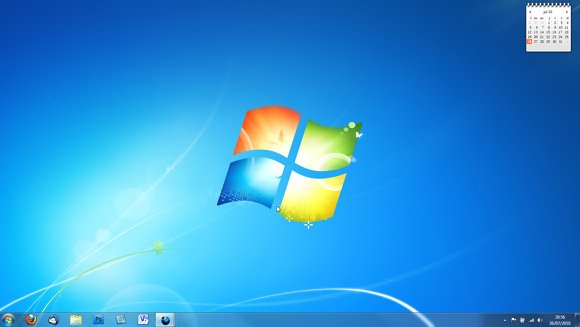 Windows 7 is a personal computer operating system developed by Microsoft. It is a part of the Windows NT family of operating systems.  Windows 7 was released to manufacturing on July 22, 2009, and became generally available on October 22, 2009, less than three years after the release of its predecessor, Windows Vista. Windows 7’s server counterpart, Windows Server 2008 R2, was released at the same time.

Windows 7 is finally here.  Will it redeem Microsoft’s Vista-tarnished image?  All indications are that it will.  The hardware driver issues that plagued Vista won’t recur, for the simple reason that Windows 7.0 reuses the same deep plumbing code that Vista did, and after nearly three years, the incompatibilities have actually been ironed out.

In other words, most of the drivers already exist. Microsoft has also remedied the other two big complaints about Vista: its bloat and those obnoxious User Account Controls.  While the trend has long been for new OSes to be bloated with new goodies, this version of Windows actually performs better and takes up less disk space than its predecessor.

Windows 7 is available in six different editions, of which the Home Premium, Professional, and Ultimate were available at retail in most countries, and as pre-loaded software on new computers.  Home Premium and Professional were aimed at home users and small businesses respectively, while Ultimate was aimed at enthusiasts.  Each edition of Windows 7 includes all of the capabilities and features of the edition below it, and add additional features oriented towards their market segments.

In contrast to Windows Vista, Windows 7 has generally been praised by critics, who considered the operating system to be a major improvement over its predecessor due to its increased performance, its more intuitive interface (with particular praise devoted to the new taskbar), fewer User Account Control popups, and other improvements made across the platform.

Windows 7 was a major success for Microsoft; even prior to its official release, pre-order sales for 7 on the online retailer Amazon.com had surpassed previous records. In just six months, over 100 million copies had been sold worldwide, increasing to over 630 million licenses by July 2012, and a market share of 51.89% of “desktop operating systems” as of March 2016 according to Net Applications, making it the most widely used version of Windows.