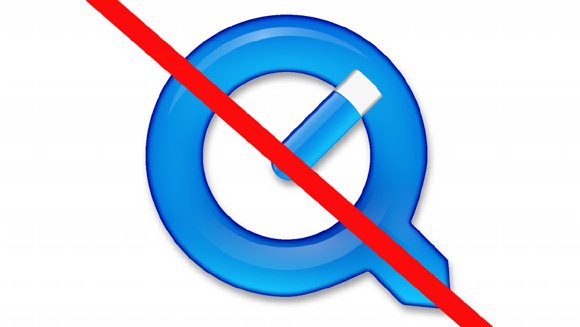 Apple’s QuickTime for Windows has dangerous security vulnerabilities that may allow nefarious “hackers” take over your computer, but Apple says that they will not be releasing any security patches fix them.  Quicktime, your time has come to an end.  Annoyingly, Apple only announced this in a statement to Trend Micro. Apple hasn’t announced it on its own website, and doesn’t seem to be making a real effort to warn people about this outdated program.  They’re even still offering it for download on their website without warning!

If you’re using a Mac, don’t worry.  Apple’s QuickTime for Mac is still supported with security updates.  Only the Windows version is affected.

If you have QuickTime on your Windows based PC, the good news is you probably don’t need it anymore. Microsoft Windows can run all the key Apple media formats that Apple’s QuickTime could, and iTunes on Windows no longer requires the program. The only people who may need to keep QuickTime installed are those running a third-party program that depends on it, such as Adobe’s video editing software Premiere Pro.

How To Uninstall Apple’s QuickTime Program

If you don’t have another program which can play .mov or .mp4 video files, I suggest installing VLC media player.  It’s free and supports virtually every video format that you are likely to encounter on the web.  In my opinion it is far superior to Quicktime or Windows Media Player.